Can Enphase microinverters be used with solar modules larger than 350W in Australia and New Zealand? Short answer – yes. 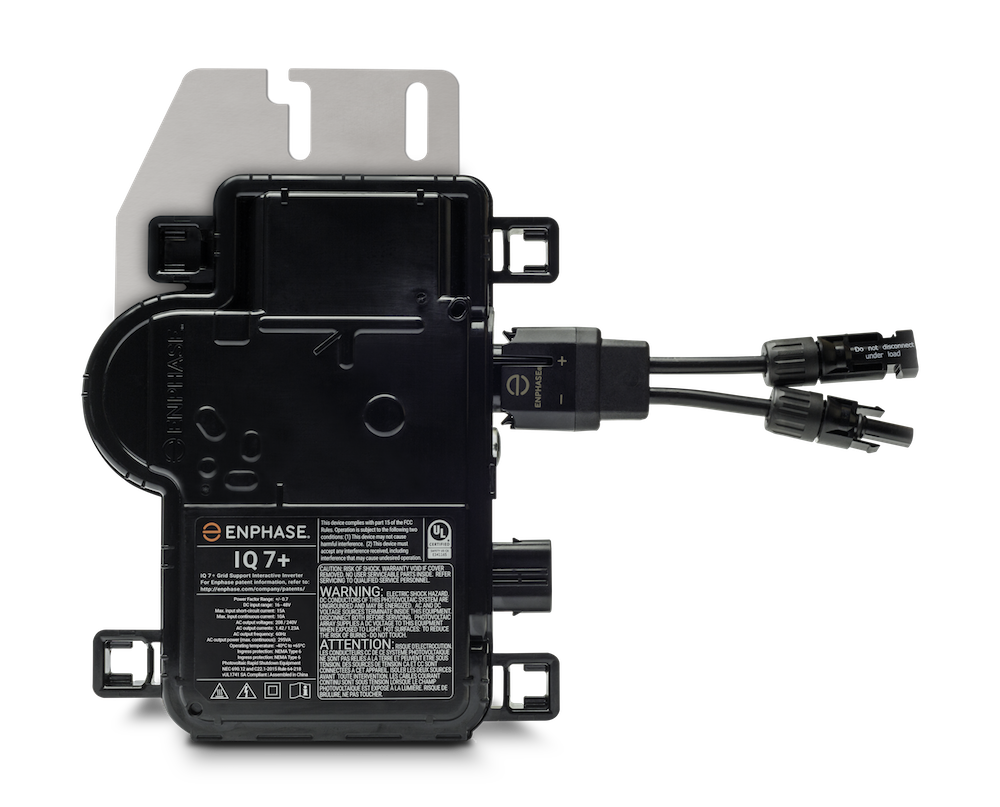 As solar modules continue to creep up in size, we are more regularly being asked if Enphase Energy microinverters can be used with modules rated at greater than 350W.  There has been some confusion around this issue since the publication of AS/NZS 5033:2014 which contains a clause which over the years has been subject to a variety of opinions and interpretations.

First of all it should be understood that when it comes to Australian Standards, and in particular AS/NZS 5033, there are often sections and phrases that are open to interpretation. There is no single authority that determines if something complies with the standard or not.  Very occasionally the Clean Energy Council or a state energy authority will provide advice as to their interpretation of the standard, but it’s ultimately up to the users of the standard to interpret it and determine a reasonable position in situations where multiple conclusions can be drawn. If compliance with an Australian Standard was ever argued in a court of law, the court would use the opinion of recognised industry experts to determine what would be considered a reasonable interpretation.

It is section 4.3.12 of AS/NZS 5033 that defines “Small micro inverter installations” which has lead to some confusion. This section states:

Enphase microinverter installations typically comply with all sections of this clause, but it is section (d) which has caused some debate around whether the microinverters can be used with modules rated at more than 350W.

The need for smarter “connected” systems that are simple to install and maintain has seen Enphase Energy’s class leading technology become globally established in recent years. The experience from over 1 million installations has led to a family of products and safe installation methods that have set a new standard in the PV industry.

Enphase Energy maintains that its electrically isolated transformer based Microinverters and ELV architecture provides an installer and user safe system that meets or exceeds the requirements of AS/NZS5033:2014. Where Microinverters are used with PV Modules with greater than 350W max PV power at STC, AS/NZS5033:2014 Clause 4.3.12 Note 1 applies.

“1. For micro inverters that exceed the limits of this Clause, the normal requirements of this Standard apply.”

The normal requirements of AS/NZS 5033:2014 includes the ability to provide DC disconnection as per Clause 4.3.5 – Disconnecting devices. As an Enphase Energy Microinverter is connected to a single PV Module that has a VOC under 120VDC, this connection is classed as ELV as per AS/NZS 3000:2018, Clause 1.4.128, part (a).

The shutdown procedure for an Enphase Energy Microinverter system is no different to any other PV Inverter system. The system is first isolated from the AC mains via the PV “Main Switch (Inverter supply)” located in the building switchboard.

Once the AC mains has been removed, all connected Enphase Microinverters in the PV Array are instantly de-energised, and their respective PV Module ports are dis-connected.  As each Microinverter no longer presents any load to the connected PV Module or DC connectors, safe ELV disconnection can then be achieved by simply unplugging the MC-4 DC connector(s). This satisfies the requirements of AS/NZS5033:2014 Clause 4.3.5.2. As all Enphase inverters have an isolating transformer between DC and AC circuits, electrical isolation is achieved by design. Complete galvanic separation is achieved once the Inverter has been unplugged.

It is therefore entirely reasonable to conclude that Enphase microinverters comply fully with Section (d) of AS/NZS 5033:2014 Clause 4.3.12, and that this clause does not limit the use of solar modules rated at greater than 350W.

This is the stated position of the manufacturer (Enphase Energy) and there has been no alternative interpretation provided by the Clean Energy Council or any of the state energy regulators.

The maximum solar module size for each model of Enphase microinverter should be determined by applying the Clean Energy Council Grid-connected Solar PV Systems Design Guidelines for Accredited Installers (Jan 2013). These guidelines require the nominal AC power rating of the inverter to be no less than 75% of the peak power rating of the module. The maximum module ratings for the current range of IQ7 microinverters are therefore as follows: