What are shingled solar panels?

Conventional solar panels use various numbers of solar cells depending on the desired output of the panel. 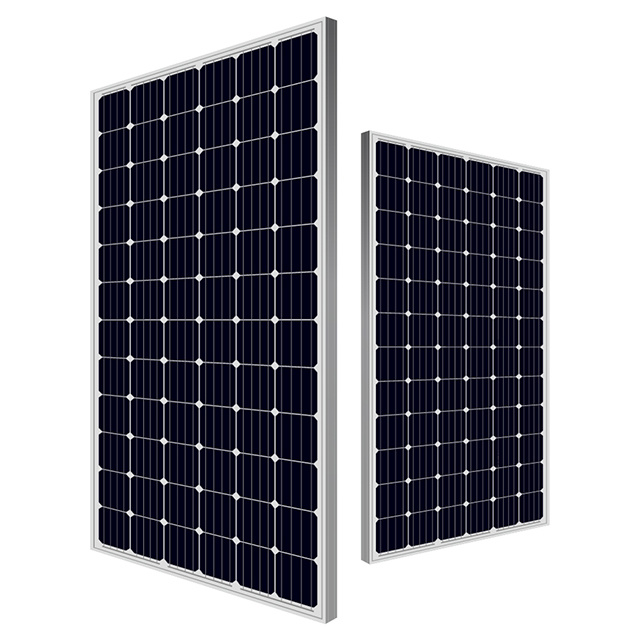 The solar cells are laid out across the panel with spaces between them.  They are electrically connected together using copper busbars (ribbons) by means of high temperature soldering processes. 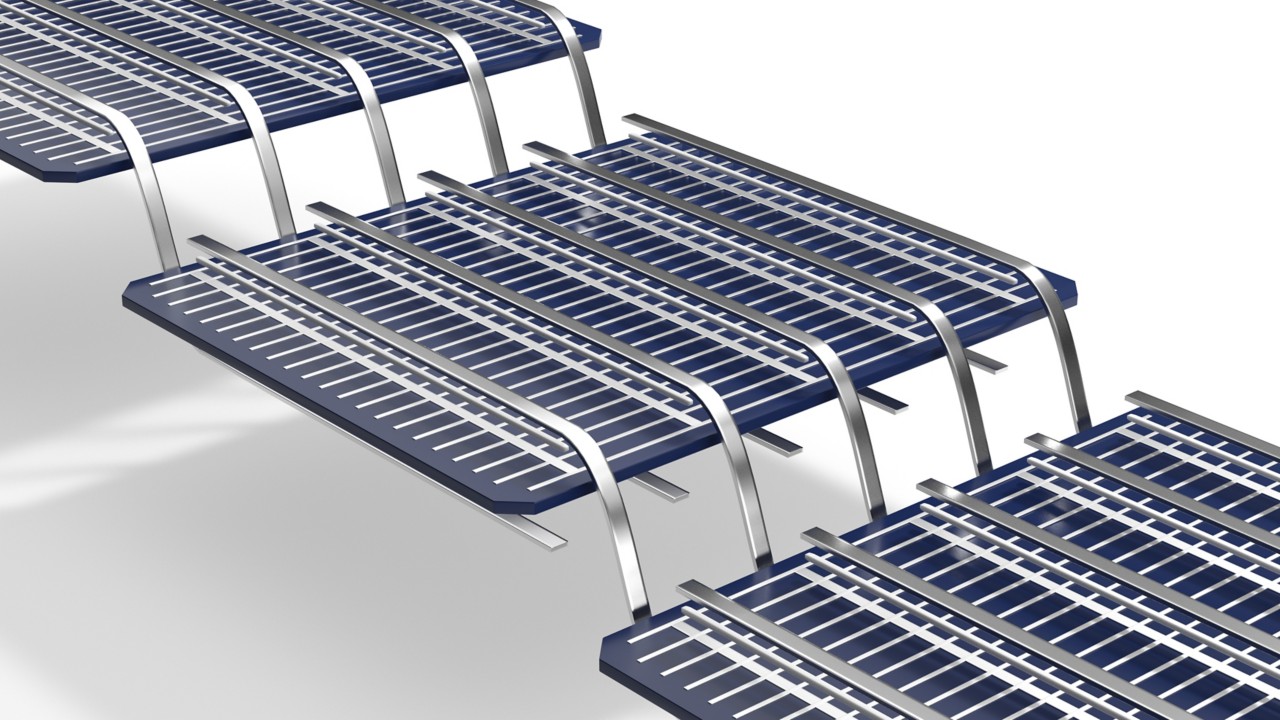 The more copper busbars used the less resistance losses and hence the more efficient the electrical connection.  This is one of the reasons many solar panel manufacturers have increased from 3 busbars to 4, 5 or 6.   However, having more busbars covering the cells means there is less of the solar cells exposed to sunlight, reducing output of the cells by as much as 3.5%.  There is typically over 30 metres of busbars required per solar panel to enable all of the connections.

There have been a variety of recent advancements in conventional solar panel design to help eliminate gaps between solar cells and decrease power loss caused by busbars.

Tiling ribbon technology has busbars as per conventional solar panel design.  However, these busbars (ribbons) are redesigned to increase the solar radiation onto the solar cells and also allows the solar cells to be mounted closer together.

Seamless soldering technology also has busbars like conventional solar panels.  This approach uses a solder ribbon to allow the gap between the solar cells to be eliminated increasing the number of solar cells per square metre.

Shingle solar cells are solar cells which are cut into typically 5 or 6 strips.  These strips can be overlaid, like shingles on a roof, to form the electrical connections.  The strips of solar cells are joined together using an electrically conductive adhesive (ECA) that allows for conductivity and flexibility. 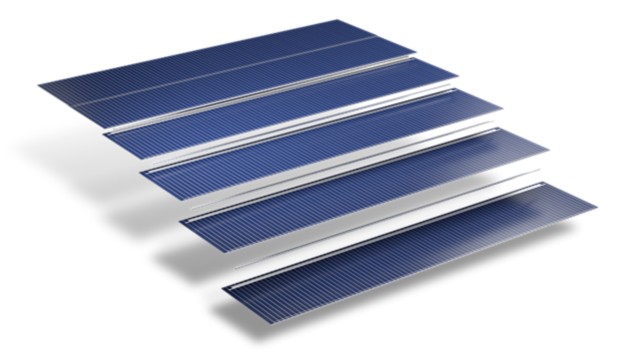 This allows the cells to be connected differently to conventional solar panels, in that, there are no busbars (ribbons) required and the solar cells can be joined together resulting in no gaps between the solar cells.

What are the advantages of shingled solar panels?

Essentially the three key advantages of the shingled solar panel design are they produce more power, improve reliability and are aesthetically pleasing.

Less energy loss due to shading

Conventional solar panels have the individual cells wired in series so when a part of the solar panel is shaded it can have a significant effect on the level of power output.  By configuring the solar cells in shingles, they can be wired in groups and configured in parallel which significantly reduces the losses caused by shading. 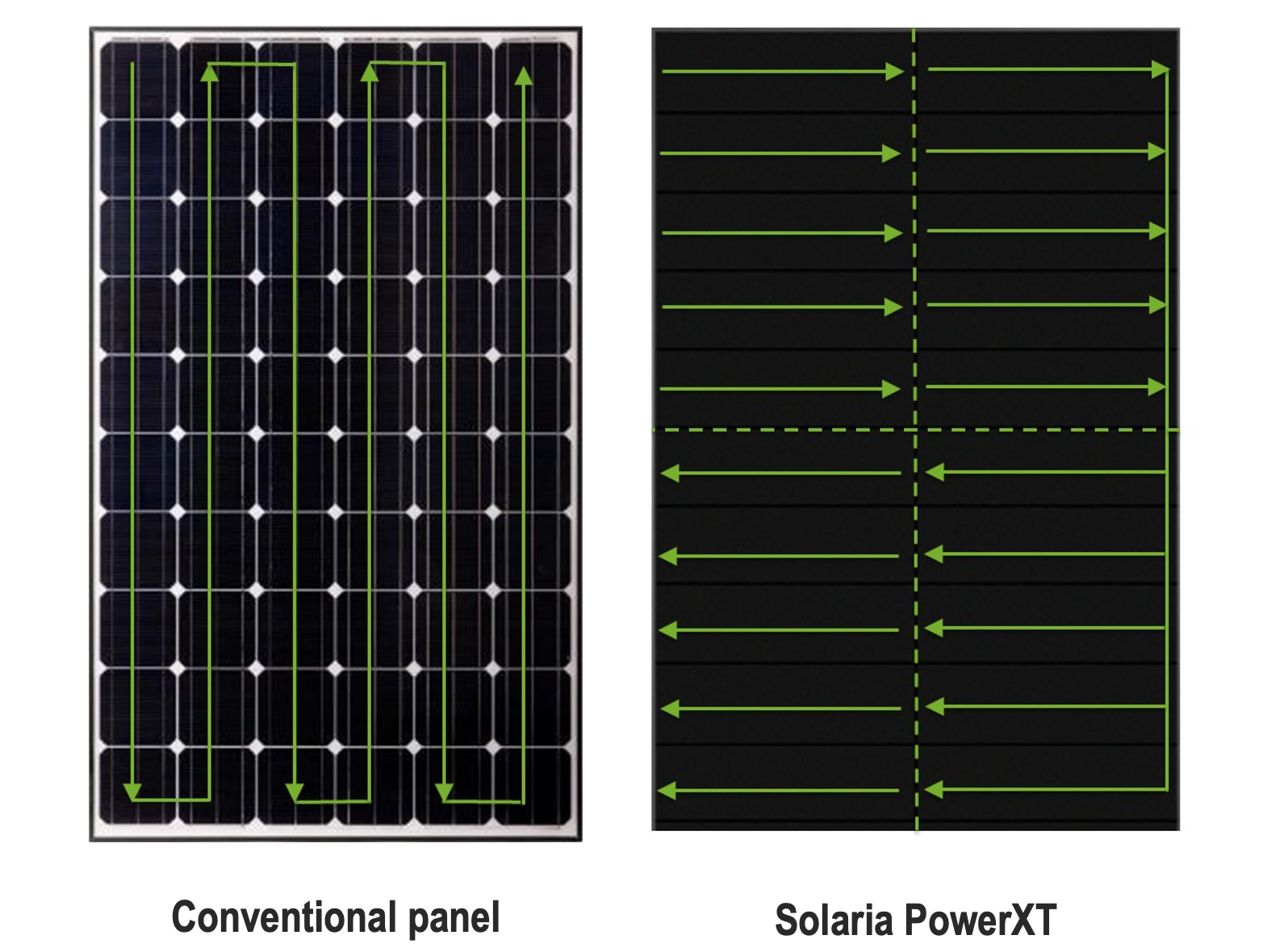 Below are some examples of shading and losses for a conventional solar panel and a Solaria Power XT shingled panel.  The Solaria Power XT panels have greater performance except for the vertical shading example. 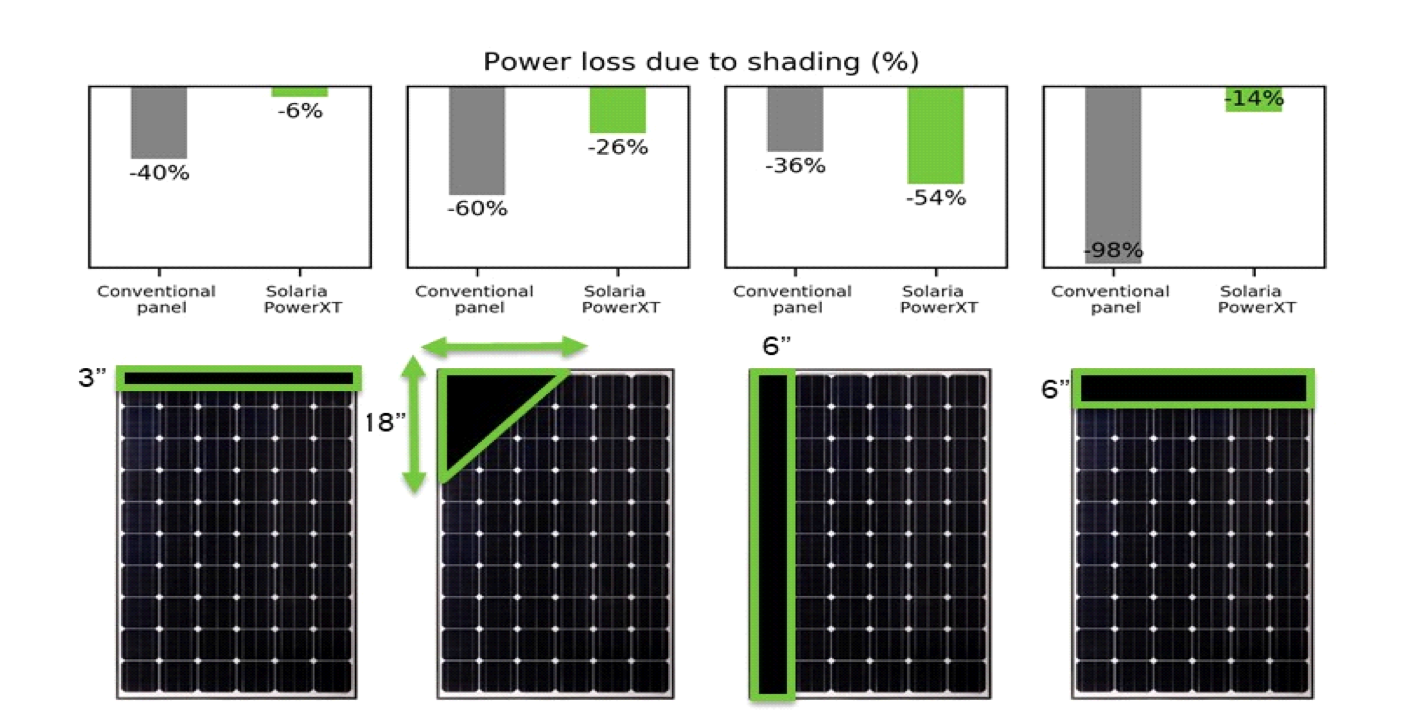 Outdoor shade testing over a 70-day period has shown that the Solaria Power XT shingle solar panel performs between 37 to 45% better than conventional solar panel designs.

Shingle solar panels do away with approximately 30 metres of busbar and soldered joints that is required on conventional solar panels, so busbar failures are reduced.

Static and dynamic load tests show that the shingle approach is more resistant to failure due to external forces being applied to the solar panel compared to conventional solar panels. 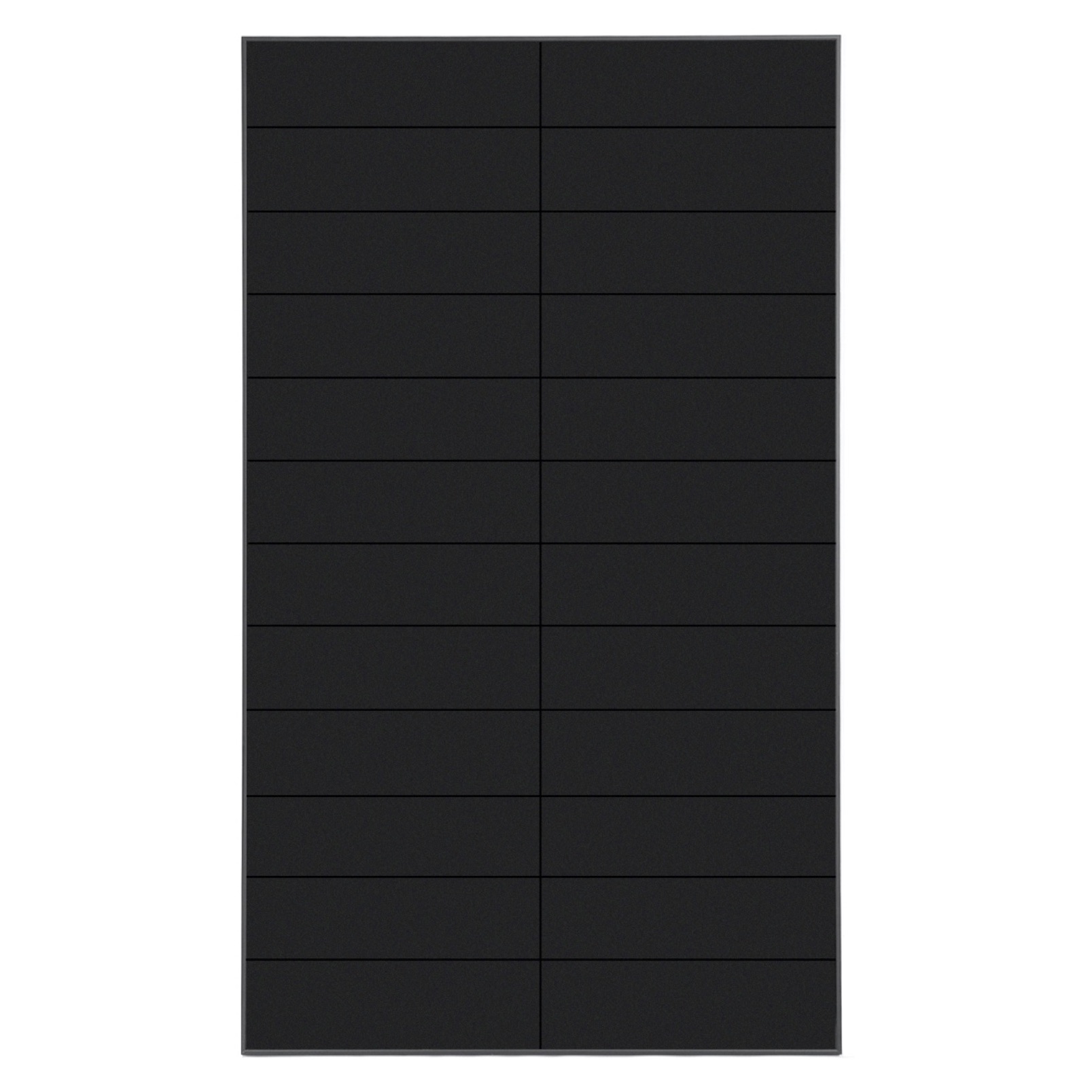